Our Clergy and Staff 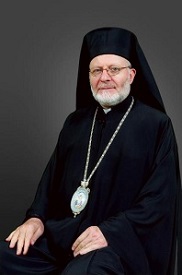 His Eminence
The Most Reverend
Metropolitan Joseph


Archbishop of New York and
Metropolitan of All North America 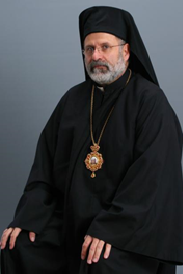 
Auxiliary Bishop for
the Diocese of Worcester
and New England 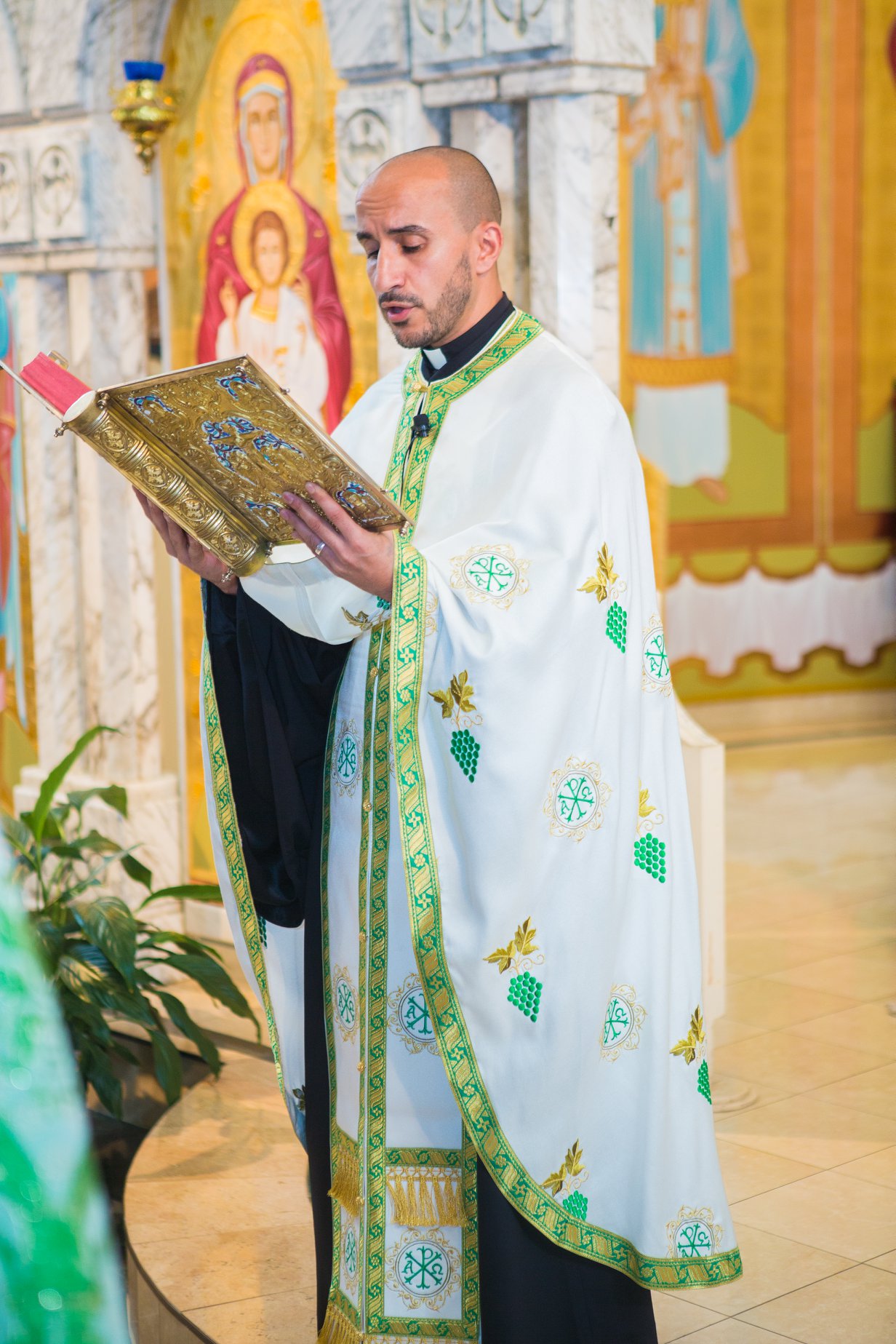 Fr. Milad was born in Baghdad, Iraq. He lived there until the age of 10 and then moved to Jordan until the age of 13. In 1998, Fr. Milad along with his family moved to Michigan and there, he attended high school where he met Khouria Nichole, and graduated from Oakland University in Michigan with a degree in Business Administration. Prior to attending Holy Cross School of Theology, he worked for a telecommunications company as a project manager where he spearheaded the launching of the company in Australia. Fr. Milad and Khouria Nichole have three children, Natalie Marie, Noah James and Julian Alexander.

Fr. Milad was ordained into the Deaconate on September 20, 2009 and into the Holy Priesthood on September 26, 2010 by His Eminence Metropolitan PHILIP of thrice blessed memory. Fr. Milad has been serving as the Dean of the Cathedral since October of 2010. Fr. Milad enjoys spending time with his family, weight lifting, fishing and everything outdoors. 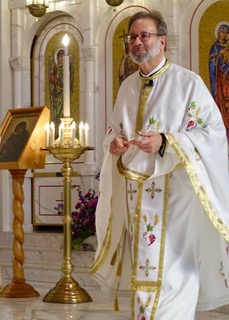 Fr. Seraphim was ordained to the holy diaconate on December 6, 1984 by His Eminence, the late Archbishop JOB of Chicago (OCA) in the St. Vladimir's Seminary chapel. After graduation, from June, 1985 until January, 1990, he served as deacon of Holy Trinity Orthodox Cathedral in Boston (OCA). From then until June, 1997, he served as deacon of Saint George Orthodox Cathedral in Worcester, on canonical loan from the OCA. At that time, and at his own request, he was released from the OCA to the Antiochian Archdiocese and assigned to St. George's. Deacon Seraphim was elevated to the rank and dignity of archdeacon at the hands of His Eminence, the late Metropolitan PHILIP of thrice-blessed memory, on December 14, 2008. On October 22, 2017, he was ordained to the holy priesthood by His Grace, Bishop JOHN of Worcester, and assigned as assistant pastor of the Cathedral. He and Marta are the proud parents of two grown children, Elizabeth and Joseph, and they have one grandchild.

During the week, Fr. Seraphim works for Bank of America as a Senior Vice President in Corporate Communications. He is a Registered Maine Guide for Sea Kayaking, and for many years, worked part-time as a sea kayaking guide with Essex River Basin Adventures in Essex, Massachusetts. 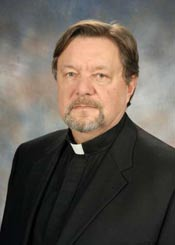 Deacon Anthony Payne was born in Kidderminster, England, but spent his childhood and early married years in Southern Africa. He is married, to Ruth, the daughter of Australian missionaries to Africa. Since moving from Africa during the “bush war” they have lived extensively in Europe and Asia settling in the US in 1984, and becoming US citizens in 1996.

Deacon Anthony was an elder in the Presbyterian Church for almost twenty years. He and Ruth were chrismated at St. Mary Church in Cambridge, MA in 1998, on the Feast of the Nativity. He was ordained to the Holy Diaconate, on his name day, in January, 2004, by His Grace, Bishop Joseph of the Diocese of Los Angeles and the West, at St. Anthony’s Orthodox Church in San Diego. Father Deacon Anthony has completed the majority of the requirements of the St. Steven’s program and will be continuing his studies towards the Masters degree in Applied Theology from Balamand.

He and Ruth are the parents of two sons: Simon, and David, and live in North East Connecticut where they run a small Inn in their spare time!

During the week, Deacon Anthony is a financial consultant and is currently part time Chief Financial Officer for two organizations in the Worcester area. He is a Certified Public Accountant as well as a Chartered Accountant.

Please enter a search term to begin your search.